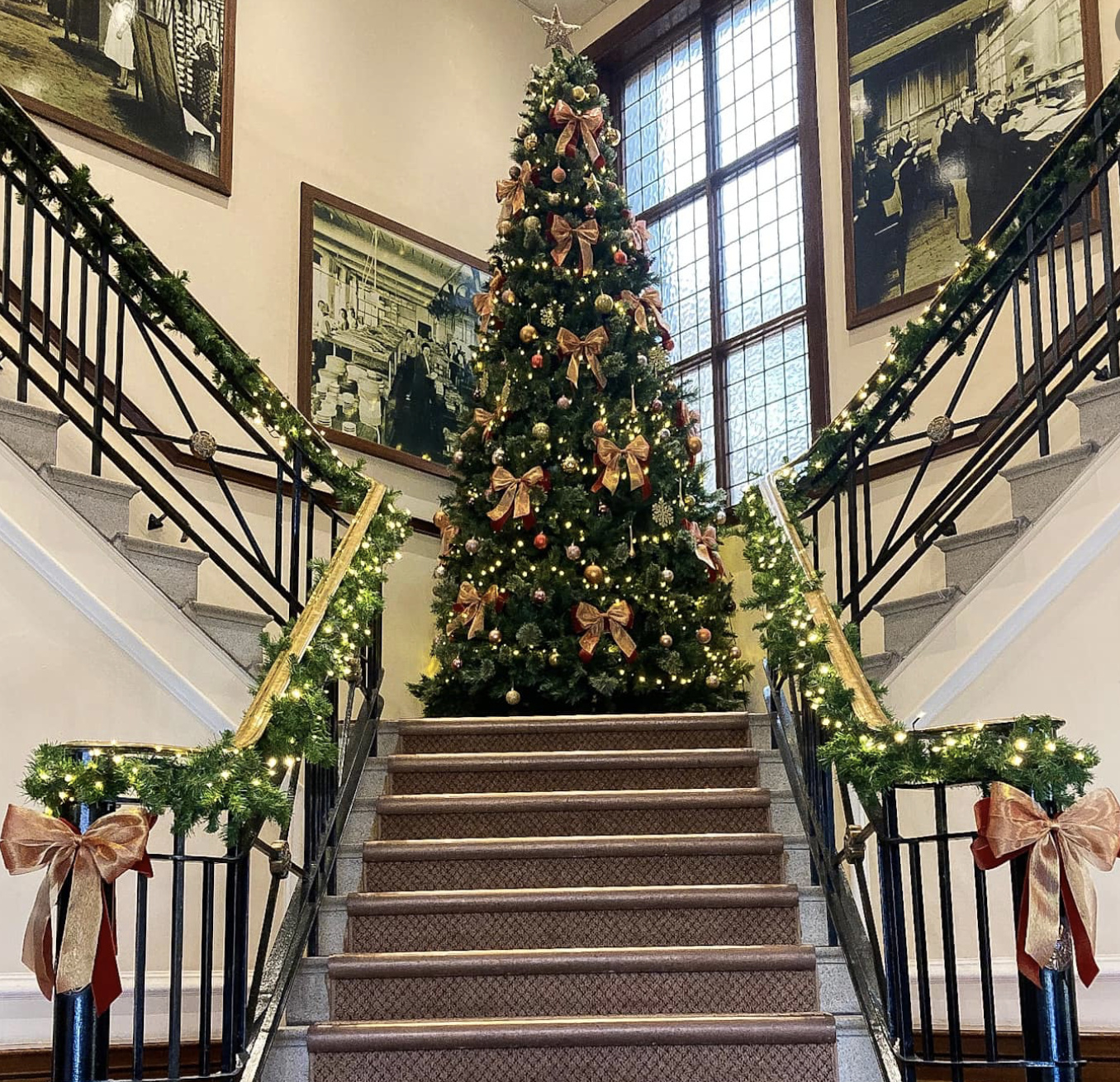 We are all familiar of the image of the traditional Christmas tree decorated and adorned with bright and colourful baubles, lights and ribbons and accented with gifts scattered at the foot of the tree tied with ribbon.

The image on the right courtesy of Berisfords Ribbons shows a Victorian style Christmas tree featuring hand tied ribbon bows, that they still display in there reception area each year..

But where did the Christmas ribbon originate from?

If we go back hundreds of years ago we can find records of decorative fabric strips being used however these would have only been in the reach of the most rich and most noble members of society.

Even then they were a very rarely seen thing and it was not until we move in to the middle ages that they become more frequently used .

Even then fabric was only available through traders carrying silk from the far east, which meant that this exotic fabric was still expensive and out of the reach of most of society, a far cry from todays ribbons.

The first mention of ribbons in literature is in Chaucers Canterbury Tales. At the time they were referred to as "ribbands".

it's not until the 1800's that fabric ribbon becomes more widely used, this is the direct result of the development of manufacturing processes which meant fabric became cheaper and more accessible for a wider section of the population. At this time ribbons tended to be predominately used on clothing, and very little would have been used for gifting or adornment. There are lot of images from the era depict clothing featuring ribbons, especially around the waist on both male and female garments.

It is not until we move in to the 20th century that we start to see ribbon being used as Christmas decoration and giftware. Prior to this it was common practise for gifts to be presented in undecorated plain paper with no fastening materials used.

As we reach the 1900's there is a distinct change when a popular short story suggested the idea of using a single red Christmas ribbon to wrap a package. Since then the use of ribbon for Christmas decoration has blossomed with ribbons gradually developing from plain natural fabric to more elaborate jacquard designs.

As time moved on the introduction of printed finishes on man made fabrics and wired edges making ribbons even more accessible for all.

In more recent years, the Christmas ribbon has developed even further and whilst still used widely for gifts, it can now been seen on many outside decorations and installations and the introduction of light weight polypropylene has made it possible to make very large and weather resistant ribbons and bows that we see for door and building decorations !

But why are red and green such popular colours at Christmas?

It is thought that green comes from. evergreen plants and trees which represent the promise of a coming spring during this darkest time of year.

The link between red and green has a similar explanation, it is generally though that this originates fro. the abundance of holly that use to be present around this time of year with its green foliage and red berries.

Whilst the red shade is forever associated with Christmas is due to Santa Claus—or, rather, to artist Haddon Sundblom, who created our modern interpretation of Santa adorned in a red coat in 20th-century Coca-Cola adverts. Prior to this Santa / St Nicholas was largely depicted in green.

So whilst ribbons are very old, the use of ribbon as a Christmas decoration and gift wrapping really only dates back in popular usage to the Georgian & Victorian era's. 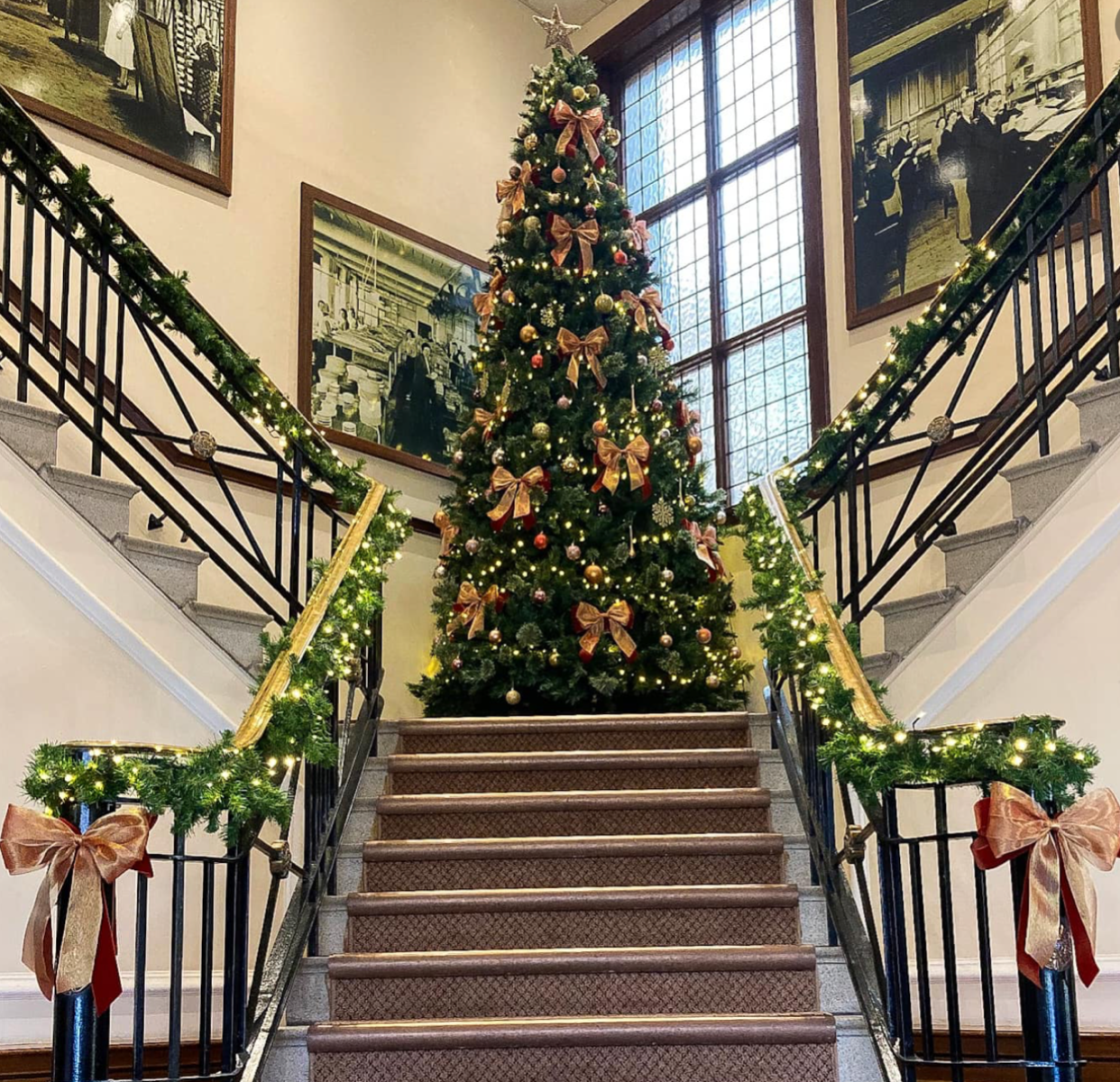 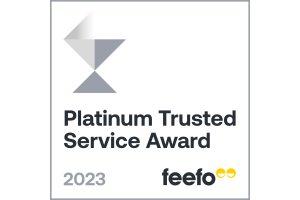 Our Third Platinum Award In A Row From Feefo 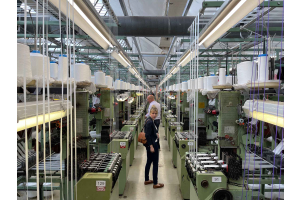 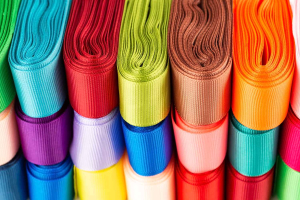